**RDS and RDS DIRECT (a numeric channel) will show every race in the NCWTS 2021 schedule. 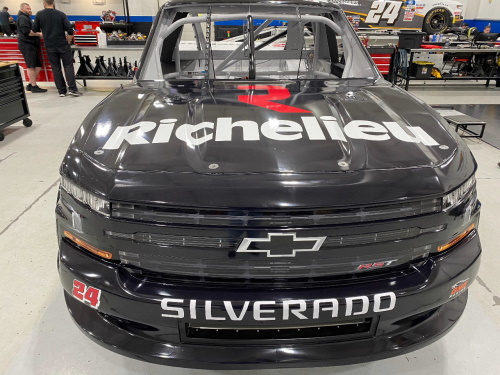 Saint Joseph de Beauce – Quebec, Canada (March 16, 2021) – Raphael Lessard and his #24 Richelieu Silverado will be on track this Saturday, March 20th, for the second race of the season on a typical NASCAR track, the high speed 1.5-mile banked oval of Atlanta Motor Speedway. Raphael Lessard will run under the colours of Richelieu Hardware, a partner in 2020, who are returning by this year as principal partner for this event.

“Richelieu Hardware is pleased to reaffirm its support for Raphael and his team for the 2021 season. This ongoing commitment will allow him to drive a truck bearing exclusively the RICHELIEU colours during the Atlanta race on March 20. We all wish him the best of luck in achieving a well-deserved podium finish,” according to Richard Lord, President and CEO of Richelieu Hardware.

For Raphael Lessard, this renewed cooperation presents an ideal opportunity to further develop this win-win relationship. “I am very pleased to see Richelieu Hardware reaffirm their confidence in our team and come back to help us for this race. Partnering with leaders in their industry such as Richelieu Hardware is key to the success of our endeavour. I am convinced that this partnership will help both parties achieve their business and sporting goals.”

This is the second time the Saint Joseph de Beauce driver has visited the Atlanta oval. In 2020, Raphael Lessard was running in the top-5 group with two laps to go when a flat tire set him back to 18th place at the finish. On the plus side, that race was a great learning experience for the young driver as he prepares for this coming event. 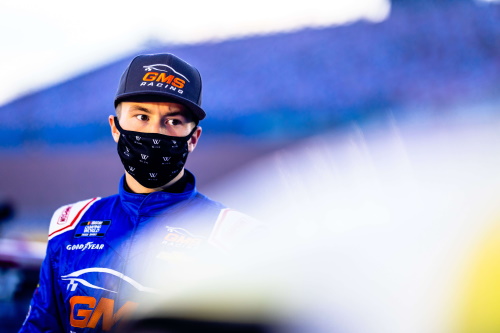 “The track surface at Atlanta is extremely hard on tires. You have to take advantage of the first few laps on new tires to gain positions, but always think about saving something for the end of a stage and especially the end of the race. We are driving at around 186 mph on the straights with very little downforce, which reduces grip everywhere. You can really feel it when braking at high speed on entering pit lane. You also have to be very careful not to go over the speed limit in the pits, something NASCAR is quick to penalise. Overall, my team and I did a good job in Las Vegas and really improved the truck for the last segment, which is promising for this race and the rest of the season. We are ready to win,” added to Raphael Lessard.

He learned more advanced driving techniques from these experienced drivers as well as from his Spotter: learning new track quickly without a pre-race test or qualifying session, watching their driving trajectories and test new ones for himself as the track changes over the course of the race, managing downforce and turbulence, overtaking more effectively and protecting your position in the race, adapting to handling defects and adjusting his driving during a run, communicating effectively with the team during a run to describe any problems, managing front/rear braking distribution during a run, managing tire wear to optimize their performance at the end of the race and working in unison with team members during a pit stop.

ABOUT GMS Racing – https://www.gmsracing.net/
Chad Walter takes over as Crew Chief and Tyler Monn will act as Spotter for Raphael Lessard in 2021. Chad Walter has won five (5) races in 208 Xfinity starts as a Crew Chief. He led Tyler Ankrum to a spot in the 2020 playoffs in his first season as an NCWTS crew Chief. Tyler Monn, while still below 30, impressed key staff at Hendrick Motorsports last season. This year, he moves up the ladder as Kyle Larson’s spotter in the Cup Series as well as working with Raphael Lessard in NCWTS and making for an ideal scenario for the young driver’s second year of development.

ABOUT FRL EXPRESS Inc.
F.R.L. Express Inc. is a general transportation company founded in 2004 by François Lessard. Its main field of activity over the last 15 years is general transport in closed trailers over short and long distances in Canada and the United States. FRL currently have about 50 employees in addition to about ten tractors-trailer outfits. FRL owners are proud of the progress made in recent years thanks to the FRL team members and wishes to continue on this positive note. “Our employees, customer service and satisfaction are our priorities. We are all proud to be partners in the success and achievements of our son Raphael Lessard,” state the proud parents.