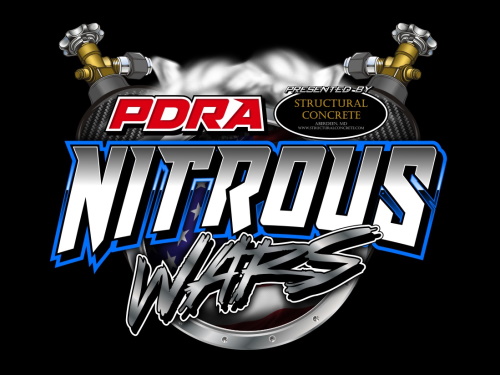 “Nitrous Wars is an exciting way for us to recognize the top performing drivers and engine builders in Pro Nitrous,” said Will Smith, marketing director, PDRA, “and we’re thrilled to have Jim Halsey, Cathy Crouse and everyone at Structural Concrete sign on as the presenting sponsor of Nitrous Wars this season.”

The Nitrous Wars trophy is a specially branded nitrous bottle that’s handed off to the latest Pro Nitrous low qualifier at each of the eight races on the PDRA tour. At the end of the season, the driver with the most No. 1 qualifiers takes home the bottle and their engine builder is also named the Nitrous Wars champion.

“This is our way of thanking Tommy and Judy [Franklin, PDRA owners] and everybody at the PDRA for taking care of us since we’ve been back racing with them,” said Jim Halsey, vice president, Structural Concrete Inc. 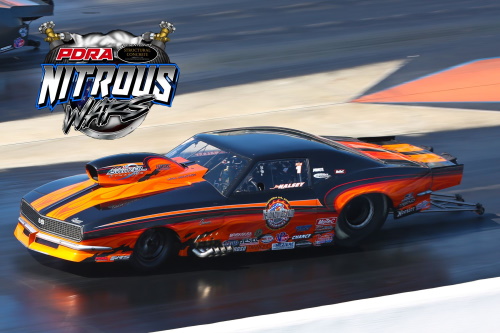 Halsey claimed the last two world championships in Switzer Dynamics Pro Nitrous with his Brandon Switzer-tuned ’68 Camaro. He also clinched the 2020 PDRA Nitrous Wars title for engine builder Gene Fulton and Fulton Competition Engines on the strength of four No. 1 qualifiers in the abbreviated six-race 2020 season. He plans to defend both titles this season, which begins April 8-10 at the East Coast Nationals presented by FuelTech at GALOT Motorsports Park.

“We’ll pull every trick out of the bag that we have,” Halsey said. “It’s going to be tough for sure, but we have new parts coming and a new engine here in the next few weeks. We’re definitely going for it.”