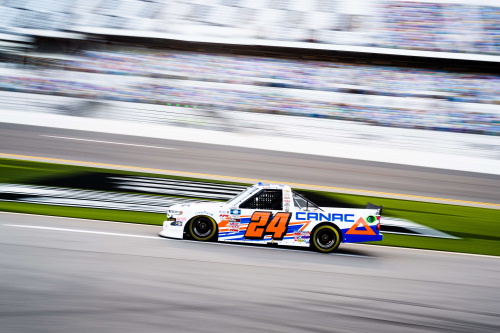 Saint Joseph de Beauce Quebec, Canada (April 14, 2021) – Raphael Lessard will take part in his sixth NCWTS race of the season this Saturday on the wide, nearly flat 0.75-mile oval at Richmond Raceway at the wheel of his #24 CANAC Silverado. His performance and that of his GMS Racing team impressed everyone at Bristol, and Raphael Lessard is going for another podium finish this coming weekend. His performance on the Bristol dirt surface confirmed his ability to adapt and learn quickly, and demonstrated his level of professionalism after only one full season in a NASCAR series, and despite the odd circumstances imposed by the pandemic. Raphael Lessard Racing team members are working to find the necessary financing to participate in all 22 races of the season.

“We are well prepared for Richmond this weekend. This is my second race at this track, and the experience I gained over the 2020 season will allow me to drive faster and to quickly adapt my driving to the behavior of my #24 Silverado CANAC truck over the race distance. The track surface is hard on the tires and I have to drive smoothly to protect them. I am comfortable on a short track like Richmond with its low banking in corners 1 and 2. The entrance to turn 3 is almost flat and you have to be careful when braking not to slide the rear tires, which wears them out too quickly. My CANAC truck will be fast and I’m sure it will be great for the race,” says Raphael Lessard with enthusiasm. 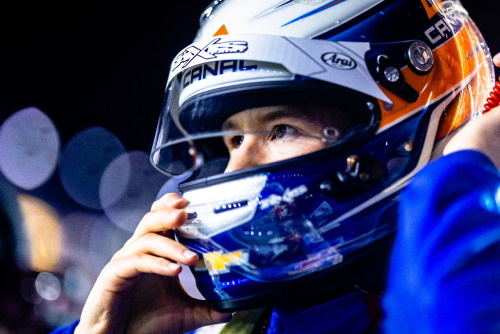 In 2019, Raphael Lessard led 83 race laps, finished twice in the top-5 and three times in the top-10 in three starts in the ARCA Menards Series. He earned a win, a top five and two top10 finishes in the NASCAR Pinty’s series. His NASCAR Pinty’s series win came on his home track, Autodrome Chaudière in Vallée Jonction (Quebec, Canada), on June 29, after leading 153 of 300 laps on the way to an emotional win.