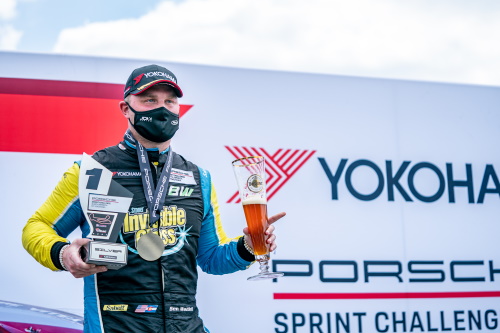 Supporting the NTT INDYCAR Series season-opening event weekend, the Porsche Sprint Challenge features three classes of competition- Platinum, Gold and Silver. The field of 23 entries took on the 17-turn, 2.38-mile course in Alabama for the second stop on the series schedule in its inaugural season.

Racing in the well-subscribed Silver class, Waddell opened the weekend by topping the time charts during opening practice on Friday. That pace continued into qualifying as he laid down two flying laps of 1:31.710-seconds and 1:31.436-seconds to claim the pole position for the Saturday and Sunday race feature. 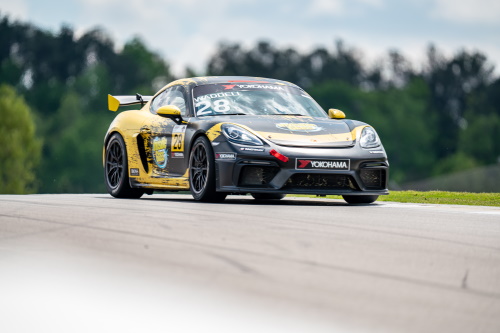 At race time, Waddell continued to deliver unmatched pace as he made quick work of getting a feel for the Porsche Cayman, continually improving and clocking the fastest lap of the race on the very last lap. Waddell led for the race’s entirety and took home his first victory of the race weekend.

Primed for the second race of the weekend on Sunday, Waddell once again took the green flag for the 40-minute race from the pole position. The Stoner Car Care Racing driver quickly pulled away from the field of Porsche Caymans and created a 20-second gap to the position behind. Waddell continued to push through 22 laps to claim the top position in the Silver class, sixth spot in the overall standings.

“It was an amazing weekend for myself and the entire JDX Racing team,” said Waddell. “To not have much time with the crew and engineers before this weekend, they gave me a phenomenal car and opportunity to succeed. Being able to take home two pole positions and two wins in my first weekend with the Porsche Sprint Challenge gives me a lot of motivation and confidence to come back and continue to be successful here.”

Waddell will rejoin the field of Porsche entries as the Porsche Sprint Challenge North America by Yokohama heads to the Circuit of the Americas for Rounds Five and Six on April 30th to May 2nd.