BRISTOL, TN (April 21, 2021) – In the depths of personal struggle, Kyle Larson rose from what he called the lowest point of his life and soared to the mountaintop of dirt racing in 2020; and became a better man through it all.

It was only 53 weeks ago during the COVID-19 pandemic when the Elk Grove, CA native lost his ride at Chip Ganassi Racing and made headlines everywhere amid controversy. He went to work on himself, but he still needed to provide for his family, so it was back to his roots, which are firmly planted in the dirt. 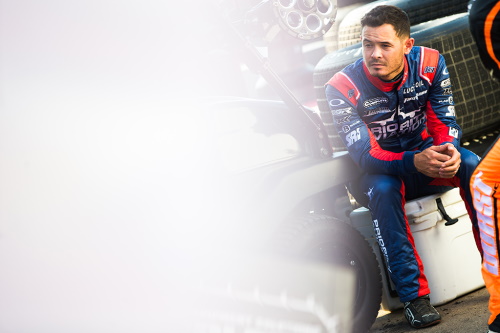 What followed was an astonishing stretch. He ran 97 features and won 46 times. He won in Sprint Cars, Midgets, Silver Crown, and even shocked the world with a Late Model win. He took owners like Paul Silva, Kevin Rumley, Sean Michael, Chad Boat, Harley Taylor & himself to victory lane. He won from coast-to-coast whether it was scoring Driller’s in Tulsa, pounding the Posse in Pennsylvania, or shunning the Outlaws in Knoxville. His overwhelming and historically-significant success on the soil catapulted him into discussions with Doug Wolfgang and Steve Kinser for the greatest season in history.

That season, which will forever be remembered by those who witnessed it, helped launch Larson back to the NASCAR Cup Series. He’s now at Hendrick Motorsports and successfully making a career on the pavement, but at the end of the day, Sprint Cars still have his heart.

This weekend, Larson brings his rollercoaster ride of a year full circle as he makes his 2021 season-debut with the World of Outlaws NOS Energy Drink Sprint Car Series at Bristol Motor Speedway.

“Dirt racing is super important to me,” Larson led with. “It’s what I grew up doing. I’ve known it all my life.” 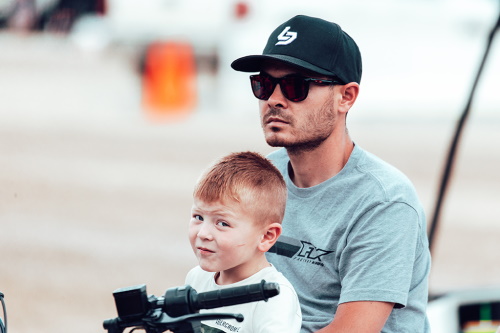 Focusing on this weekend, the Bristol Throwdown marks Larson’s season-debut with the Series and also his first-ever Sprint Car race at the Bristol, TN 1/2-mile. In total, Larson has 26 starts at Bristol between the NASCAR Cup Series, Xfinity Series, Truck Series, K&N Series, and Dirt Late Models. He won a 2018 Xfinity race, but believes Sprint Cars will be a different animal.

“I don’t think there is much at all I can take from laps in the Late Model or Cup Car that would benefit me here with the Sprint Car,” Larson elaborated. “The cars are so much faster. You just have to pay attention to how the track is changing. I hope it gets and wide so we can put on a good race.”

“It’s gonna be ultra-fast racing for sure,” Larson continued. “I mean you’ve got Sprint Cars at over 900 horsepower weighing 1400 lbs vs. a Cup Car at 3,500 lbs and around 750 horsepower. I think lap times will be crazy fast like 12-seconds. I still think it’ll be fairly similar to other half-miles, though. I just don’t think the pace will slow off as much as it does at other places because you have the banking and the load to carry speed throughout the night.”

Entering this weekend’s event, which pays $25,000-to-win Saturday’s finale, Larson only has one Sprint Car start in 2021 compared to countless races last year. He won his season-debut last weekend with the All Stars Circuit of Champions at Williams Grove (PA) Speedway, but still believes their is rust to knock off on practice night.

“I think it’s way different because last year I was racing almost every day of the week and we built a huge notebook and I was fresh as a driver,” he explained on his mindset. “Now, this is only my second race back in Sprint Car since November so there’s some rust there. The Outlaws are just so much more aggressive than the All Stars with double-file restarts and such. It’s the little things you have to perfect to be good with the World of Outlaws.” 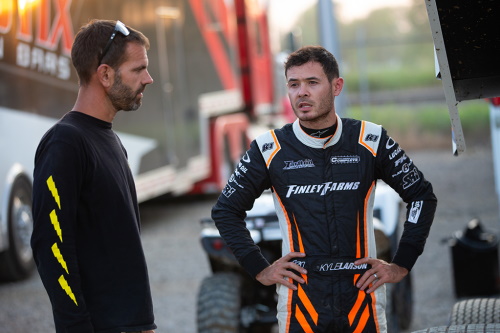 One advantage for Larson? Paul Silva: the mechanical mastermind who owns and wrenches on the Finley Farms #57. Another advantage? Kevin Rumley: Larson’s Late Model crew chief and iconic engineer who has been talking shop with Silva lately.

“We’ve talked about gearing and stuff compared to Port Royal when I ran the Late Model and Kevin gave Paul some notes on springs and such to give us a gauge with the setup,” Larson said on their relationship. “Paul is ridiculously smart, so I trust him completely. “For the most part we ran a similar package almost everywhere we went last year, so I’m sure Bristol will be slightly different, but he’s got it under control. If anything, our biggest focus should be me qualifying better on half-miles.”

Having already competed on Dirt Bristol with multiple other organizations and disciplines, the Californian is now excited to see how the World of Outlaws can build momentum from racing on the stage that Bristol provides.

“I think it’s a great opportunity to showcase our sport even more,” Larson said. “It sounds like there are a lot of tickets ordered and they’re expecting a great crowd. I hope it’s a great event that runs smoothly with tight racing and good finishes so the fans enjoy it. The World of Outlaws do a great job promoting their events and putting on a show for the fans. The opportunity is there to have a great weekend all around. The buildup has been great already.”

Instead of Denny Hamlin, Joey Logano, Chase Elliott, Kyle Busch, and Martin Truex Jr. this week, Larson flips from racing the best in NASCAR to the best in the World of Outlaws like Donny Schatz, David Gravel, Sheldon Haudenschild, Logan Schuchart, Carson Macedo, and his brother-in-law Brad Sweet.

“I’m really competitive with Brad,” Larson acknowledged on that family bond. “I want to beat him more so than anybody else and I’m sure the same goes for him with me. Brad is by far the best driver out there right now with the best team too. He’ll be the guy to beat, but the Outlaws as a whole are extremely competitive. You can look down the field and pick apart guys that are good on half-miles. They’re the best Sprint Car drivers in the world and they do this every single weekend. They’re hard to beat for a reason. It’s always fun competing against them.” 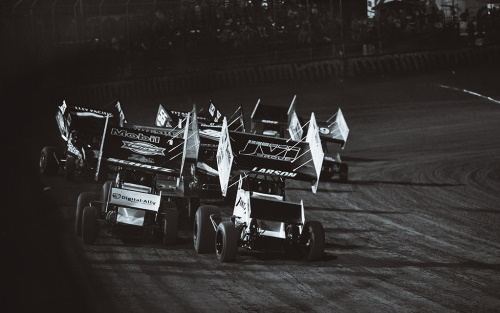 Quite often in 2020, Larson was leading the Outlaws. (Trent Gower)

Larson and the rest of the World of Outlaws will take center stage at the 1/2-mile stadium this weekend with three intense, electrifying nights of The Greatest Show on Dirt. It all begins with a practice night (6-9pm) on Thursday which is run in conjunction with a special pre-race show LIVE on DIRTVision, where you can watch this weekend’s action and all of the World of Outlaws events with a FAST PASS. A full program of racing follows on Friday and Saturday with the potential of a Sunday rain date. Fans can BUY TICKETS HERE.