BRISTOL, TN (April 21, 2021) – Sammy Swindell has never shied away from a stage with thousands of eyes watching. Especially when it’s one of the biggest stages in motorsports: Bristol Motor Speedway.

He put the thunder in “Thunder Valley” multiple times as a driver, but this weekend “Slammin’ Sammy” will be entertaining fans as the Grand Marshal of the World of Outlaws Bristol Throwdown (April 22-24). 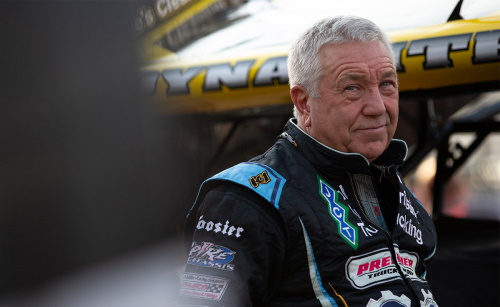 “I’m looking forward to it,” Swindell said. “It gives me a chance to come and be a part of it.”

He’ll make appearances – including an autograph session on Friday – throughout the historic event, which sees the World of Outlaws NOS Energy Drink Sprint Cars return to the iconic half-mile track for the first time in 20 years and the Super DIRTcar Series makes its Bristol debut. 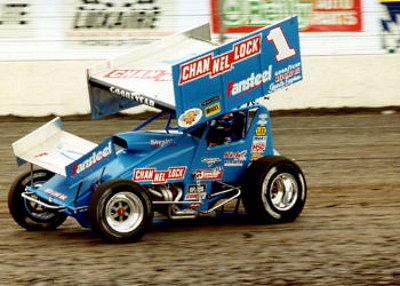 “I hope they don’t beat my record,” the 65-year-old chuckled. “Trying to hang on to some of this stuff as long as I can.”

The high speeds never bothered him. He enjoyed it.

While leaving Bristol one day, a Tennessee trooper stopped Swindell and told him, ‘You were the fastest one out there today.’ Swindell said, ‘Oh, yeah?’ The trooper responded, ‘185.’

“I’ve had people clock me at [the Syracuse Mile] and other places at 180,” Swindell said. “It’s a lot different running a car that fast but you just have to make sure your stuff is tight. It’s what I’ve always tried to do, make sure everything is tight so the input I put in the steering goes to the wheel and there’s no slop in the steering or spindles or whatever.

“I always enjoyed running the faster places. The speed didn’t really bother me, I guess. It was just a matter of getting there and doing the same thing you do all the time. Try to go as fast as you can.”

At those speeds, the race becomes a chess match. Every move has to be calculated. Taking lessons learned from racing on mile-long tracks, like Syracuse, Swindell said while closing on another into the corner, instead of following them at their speed, it was better to roll back and then carry the speed through the turn. Then, he’d drive by.

Drafting comes into effect, as well. You can feel it, he said. As you’d close on the car in front of you, you could feel your speed pick up and the RPMs of the motor increase. 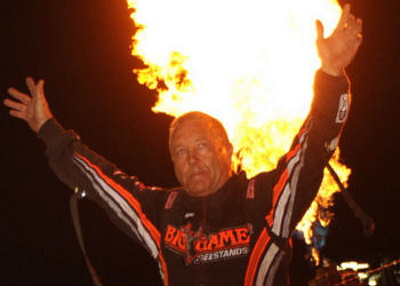 “There’s a lot of things that come into play,” Swindell said. “You have to time everything right because everything is going at a faster rate than normal.”

While he’d prefer to be on track with the stout field of drivers entered for the World of Outlaws Bristol Throwdown, he’s another eager fan excited to see how the racing will be 20 years after his last win. The motors have about 100 more horsepower now, he said, but the reduced banking and different tire compound will slow the cars down… He hopes for the sake of his track record.

No matter his duties as Grand Marshal, “Slammin’ Sammy” Swindell is sure to put the thunder in “Thunder Valley” once again.

“Sometimes you have to wind up the crowd a little bit,” he said.

To see Swindell and the rest of the stars of the World of Outlaws NOS Energy Drink Sprint Car Series return to Bristol Motor Speedway, get your tickets at BristolMotorSpeedway.com.

You can also watch Swindell further talk about his Bristol win in the Bristol Watch Party video in the Exclusive section on DIRTVision.