BOWLING GREEN, Ky. (April 26, 2021) – For the first time in its seven-year history, the Professional Drag Racers Association (PDRA) will bring its brand of eighth-mile drag racing to Kentucky’s historic Beech Bend Raceway Park this weekend. The Stroud Safety Doorslammer Derby presented by Classic Graphix, April 29-May 1, is the second race on the eight-race PDRA tour and the first major event of the season for the Bowling Green facility.

“We’ve been looking forward to coming to Bowling Green since the schedule was announced last fall,” says Tyler Crossnoe, race director, PDRA. “Beech Bend is a unique facility and it has such a rich history. We couldn’t be more excited about making our own mark on the Beech Bend history books this weekend.”

The dragstrip at Beech Bend Park first opened in 1956, though the multi-faceted entertainment complex also includes an amusement park, water park and campgrounds with roots dating back to the early 1940s. Adding to the facility’s unique features are the covered grandstands and chair-back grandstand seats. 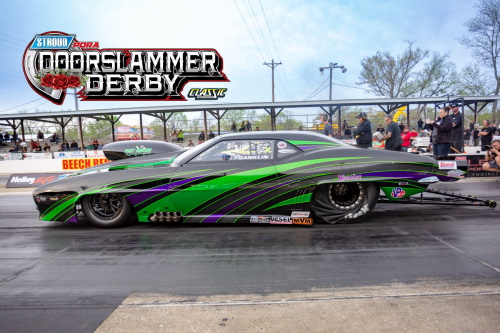 “Beech Bend is just a really cool place to have a drag race,” Crossnoe added. “It’s a fan-friendly track, plus the area in general welcomes race fans with open arms. The city and county government and local tourism chapters really embrace us. We can’t wait to put on a show for some new fans in Kentucky.”

“Our pro class racers really showed up and showed out at the season opener,” Crossnoe said. “Full fields of some of the best Pro Modified cars and doorslammers in the world made for some tense racing. It’s safe to say we’ll see more of the same at Bowling Green.”

“The quality and quantity of cars in our sportsman classes continue to impress me,” Crossnoe said. “The Top Sportsman and Top Dragster classes have caught the attention of racers around the country, and hopefully we’ll see some new racers join us this weekend as we venture closer to the Midwest.”

The Doorslammer Derby is one of four remaining races where racers can collect points to earn a spot in the Summit Racing Equipment ProStars, a special event in July that will take the top eight ProStars points earners in Pro Nitrous, Pro Boost, Extreme Pro Stock, Pro Outlaw 632, and the Top Sportsman, Top Dragster and Jr. Dragster classes.

“The ProStars points standings are starting to tighten up after three races last year and one race this year,” Crossnoe said. “The next four races will be important for anyone who wants to be a part of the Summit ProStars shootouts during Virginia Motorsports Park’s Night of Fire in July. The way it’s set up, simply attending races can make or break a racer’s chance at racing for some solid money in front of a big crowd.”

Spectator tickets for the Stroud Safety Doorslammer Derby presented by Classic Graphix are available for $15 for Thursday testing and $20 for Friday or Saturday, while a weekend pass is available for $50. Kids 10 and under get in free with a paid adult ticket. Tickets are available at www.PDRA660.com.