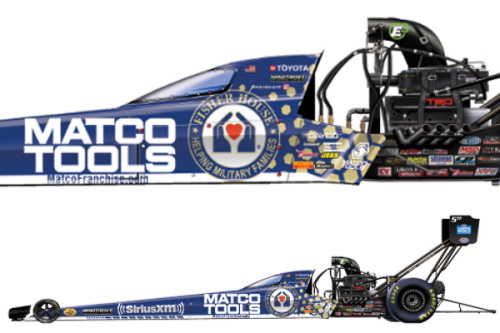 Quotable:
“Looking forward to getting back to Atlanta. ATL always has some special moments for our Matco Tools/Toyota/SiriusXM race team and we’re looking to go there and do well. I won my first Pro Stock Motorcycle race there in Prostar, another in NHRA, and I’ve won several Top Fuel races there as well so that track is really special to me. I’m looking to get out there and do what we do. The weather is looking good, and I’m excited to kick off the third NHRA Camping World Series event of the season.” 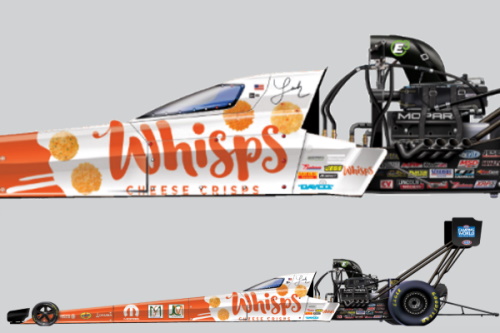 Quotable:
“So much to look forward to with the Atlanta race. Being able to represent one of my favorite snacks on the track is awesome. The light, crunchy Whisps Cheese Crisps were already a part of my go-to snack selection since they’re deliciously low carb, high protein, and gluten-free. They always beat even my cheesiest cravings, which brings me to the on-track competition. The focus here is not the competition, but merely getting back into the two-wide zone, and with only two rounds of qualifying, getting our Whisps machine dialed in immediately. I’m a numbers-associated person, and believe that back to two-wide, with two qualifiers, at a two-day event, will hopefully result in our second Atlanta Wally on Sunday.

“I’ve made a lot of great memories at Atlanta Dragway. From working as a crew person to relentlessly racing Pro Mods there during the week to debuting as a Don Schumacher Racing driver in 2016, and then, of course, my first Atlanta win in 2018. I expect to keep that track in my favorable thoughts. I can’t wait to get our Whisps machine on the track, and hopefully make another great Commerce memory with one of my favorite snacks on-board this weekend.” 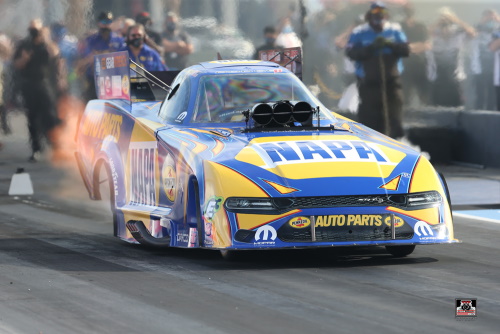 Quotable:
“To say it’s the last Southern Nationals is hard to fathom. Being able to win that last time there (in 2019) and take the Wally to NAPA’s headquarters was pretty special. To be able to personally deliver your trophy to the sponsor, you just can’t ask for something cooler as a driver.

“Our team is off to a really great start for the season. (Crew chiefs) John Medlen and Guido (Dean Antonelli) have been making great calls, and we’re right in the thick of it. We had a great test session on Monday morning after the Vegas race and accomplished quite a bit. I’m pumped about these races coming up. We’re going to start getting into some warmer weather and start getting on a roll where we start racing on a consistent basis and they’re one after another. These bunched-up events can either be really good or really bad, and I think with this team, it’ll be a great thing, so I’m excited.” 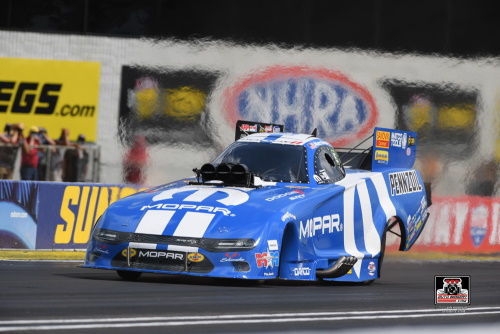 Quotable:
“We’ve got two qualifying runs on Saturday, and race on Sunday. These kind of race weekends are pretty crazy because if you miss it on the first run, you’re in the back of the pack trying to get back in and you end up making a soft run just to make sure you’re in the field. It gets kind of hairy, so you want to make sure you get it down there with that first run out and make it count.

“Our Dodge Hellcat Redeye has been running well. We runnered-up in Vegas, we’ve just got to push it a little harder. (Crew chief) Dickie Venables does a great job, he puts a great race car underneath me. My lights have been really good lately, I’ve been leaving on everyone by a couple hundredths, and we’ve just got to keep it going. This will be our last time racing at Atlanta Dragway, and I’m ready to turn on four win lights. It’ll be a quick turn-and-burn this weekend with this two-day event. This is HEMI week (HEMI day was Monday, 4/26) so hopefully, we can put our HEMI-powered car in the Atlanta winner’s circle one last time, and have some fun doing it.”

ABOUT DON SCHUMACHER RACING
Established in 1998 as a single-car Top Fuel team, Don Schumacher Racing (DSR) has grown to become the winningest organization in NHRA Drag Racing history, and further cemented its position as one of motorsports’ elite teams when it surpassed the ‘350 wins’ milestone during the 2020 season. DSR owns 18 world championships in three different NHRA categories, and including hall-of-fame team owner Don Schumacher’s five NHRA Funny Car triumphs from the 1970s, DSR has been successful in capturing 358 national event victories overall.