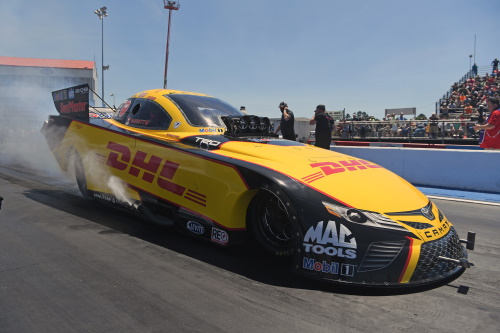 The DHL Toyota Camry Funny Car and driver J.R Todd rolled into race day as the No. 1 qualifier with their sights set on winning the final NHRA Southern Nationals at Atlanta Dragway. Todd captured the season opening Gatornationals title and was looking for another win on the east coast. The team came off the trailer on Saturday with a dominant run to jump into the top spot in the class.

On race day Todd was paired up with Toyota teammate Alexis DeJoria in the first round. Todd was able to grab the round one win with a solid 4.003 second run after DeJoria was timed out on the starting line. The win advanced Todd to the semifinals due to the structure of the 14-car field ladder.

In the quarterfinals Todd had a bye run and he made the most of his opportunity to have the track to himself. The DHL Toyota Camry was the last Funny Car to make a pass and the Todd Smith tune-up lit up the scoreboard 3.991 seconds after Todd passed the starting line.

“All in all a good this was a pretty good weekend for the DHL Toyota Camry,” said Todd. “My car was going down the track every run and we just slowed up there in the semis. I hate to go out like that. I really wanted to win the last Southern Nationals. We will get ready for more four-wide racing in two weeks in Charlotte.”

Todd’s semifinal opponent was the winningest driver in NHRA history, John Force. The DHL Camry Funny Car came up about a car length short from advancing to its second final round of the season. Todd’s elapsed time of 4.038 seconds at 318.54 mph wasn’t enough to earn one more win light on race day.

The DHL team will head to Charlotte in two weeks sitting No. 2 in the Funny Car Camping World point standings.

Quotable:
J.R. Todd on racing to the semifinals at the Southern Nationals: “We made some good runs and that was the big positive from this weekend. The track conditions were pretty tough for all the teams and we made it to the semifinals. You want to go rounds on Sunday so you can stay at the top of the point standings. This class is so tough every round win is a big deal.” 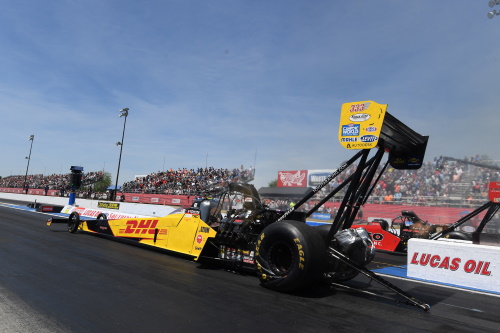 Shawn Langdon and the DHL Kalitta Air Top Fuel dragster team raced to the semifinals today at the 40th and final NHRA Southern Nationals at Atlanta Dragway. The Gatornationals runner-up continued to have success at the national events on the east coast before heading to zMax Dragway in two weeks for the Carolina Four-Wide Nationals. With only one day of qualifying in Atlanta the DHL team worked hard to post consistent and powerful runs.

On race day they went into the first round of eliminations as the No. 11 qualifier facing No. 6 qualifier Leah Pruett. Langdon got a sizable jump off the starting line and never trailed in the drag race. His .025 reaction time was enough to seal the victory even though his DHL dragster lost traction just beyond half-track.

In the quarterfinals Langdon pulled up beside Mike Salinas who was the No. 3 qualifier. Once again Langdon picked up some race day luck as Salinas jumped the gun, red-lighting off the starting line and handing Langdon his second round win of the day. The DHL Kalitta Air Top Fuel dragster blasted down the right lane but just before the finish line it smoked the tires.

In the semifinals racing against the No. 2 qualifier Steve Torrence Langdon got the starting line advantage once again and was even with Torrence until about 400 feet when his dragster lost traction just enough for his opponent to get a nose out in front. Less than a second later Torrence also lost traction but Langdon could not catch up.

“We had a good weekend and raced to the semis even though we struggled with the tune-up on the race car,” said Langdon. “We smoked the tires on every run. We were able to get around two tough competitors in the first two rounds and just came up a little short in the semifinals. We will be leaving here third in the points. We are turning our attention to having a strong race in Charlotte.”

Quotable:
Langdon on Southern Nationals: “This was a tough weekend but I know the fans had a good time. The stands looked really full and there is so much history here. I wish we could have gotten the last Southern Nationals win but some days just don’t work out perfectly.” 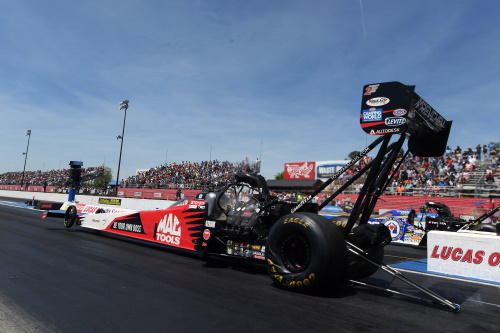 Doug Kalitta and the Mac Tools were seeking their fourth NHRA Southern Nationals Top Fuel victory this weekend at Atlanta Dragway. Two weeks ago the team raced to a runner-up finish at the Las Vegas Four-Wide Nationals and following a successful day of testing earlier in the week the team had a strong feeling about their chances for success in the Peach State. With only one day of qualifying that consisted of two rounds the Mac Tools team battled a tricky track and established themselves as the No. 9 qualifier going into race day. A number of teams had issues getting the maximum benefit from their 11,000 horsepower race cars throughout the day.

On Sunday morning Kalitta and the Mac Tools dragster were half of the first pair of Top Fuel dragsters hoping to take advantage of the coolest track temperatures for optimal results. The strategy worked to their advantage as Kalitta’s team stepped up dramatically on the performance side running a solid 3.800 second elapsed time run at 322.19 mph. Unfortunately, Kalitta was second to the finish line stripe by 11 thousandths of a second. His run was the second quickest pass of the weekend but came up six feet short to advance to the second round.

“That was a close race and a tough loss,” said Kalitta. “We only got two runs yesterday so that put us a little behind like it did a lot of teams. We got it turned around for the first round but we just came up a little short. I have a lot of good memories at Atlanta Dragway and I was looking forward to making some more today. We’ll start getting ready for Charlotte.”

Kalitta will head to the Carolina Four-Wide Nationals in seventh place in the Top Fuel Camping World point standings. The perennial championship contender is less than a round out of fourth place.

Quotable:
Doug Kalitta on Southern Nationals: “This race has a lot of history and we won the closest race ever here a few years ago. The fans have been great all weekend.” 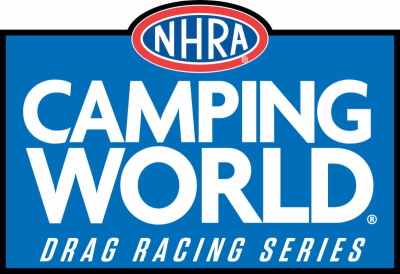