INDIANAPOLIS, IN (MAY 5, 2021) – When you think of racing and Indiana, the Indianapolis 500 probably comes to mind. One weekend after “The Greatest Spectacle in Racing,” the World of Outlaws Morton Buildings Late Models invade the Hoosier State for the only time in 2021.

It starts Friday, June 4, when the Series visits Circle City Raceway in Indianapolis. It’s the first time they’ll travel to a track inside the “Racing Capital of the World.” 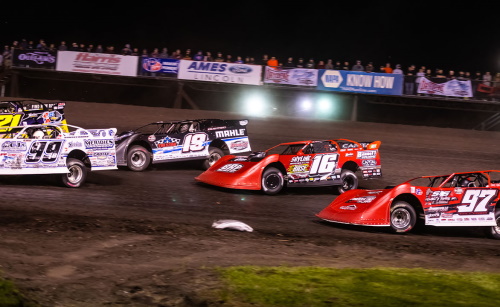 The Most Powerful Late Models on the Planet will run a 40-lap Feature, paying $10,000-to-win. It’s the third event in Circle City Raceway’s history, and the first time Super Late Models will touch the surface.

The World of Outlaws will be joined by the United CC Modlites and Pro Legends.

Saturday June 5, the Series travels North to Plymouth Speedway in Plymouth, IN. It’ll be another 40-lap Feature, with Saturday’s winner also collecting $10,000.

The speedway’s Modifieds are also on the card.

Three-time and defending champion Brandon Sheppard already has a win at Plymouth Speedway, having won a DIRTcar Summer Nationals event in 2017. 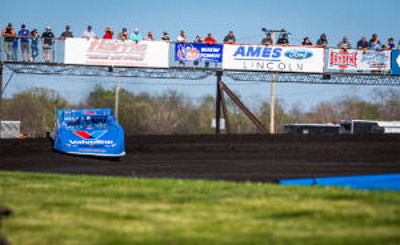 Brandon Sheppard leads the points leading into this weekend/Jacy Norgaard

The experience could help the “Rocket Shepp” in his chase for history. He’s one win away from his 70th career win and only nine wins away from tying Josh Richards for most all-time (78).

The New Berlin, IL driver also leads the points standings in his quest for a fourth title. But with drivers like 29-time winner Chris Madden, Tyler Bruening, who sits third in points, and recent winner Cade Dillard in the field, there won’t be an easy path to victory. Both races are sure to continue the Series’ streak of can’t-miss thrilling events.