BROWNSBURG, Ind. (May 6, 2021) – Don Schumacher Racing (DSR) and Dayco are pleased to announce they have expanded their partnership through the 2021 NHRA Camping World Series season, and the relationship has evolved to include DSR as the sole trackside distributor of Dayco’s supercharger belts for Top Fuel and Funny Car teams at all NHRA events, and via DSR’s performance e-boutique, www.dsr.parts.

DSR excels at sending its fleet of championship-winning race cars down the dragstrip at mind-blowing speeds – and, being able to rely on the most superior parts and pieces in the industry is a necessity. Supercharger belts are no exception. The Dayco supercharger belt was specifically engineered using real-world on-track data that enables it to withstand the rigors of 11,000-horsepower Top Fuel and Funny Car racing, making it the ‘belt of choice’ for many of NHRA’s top-tier teams. 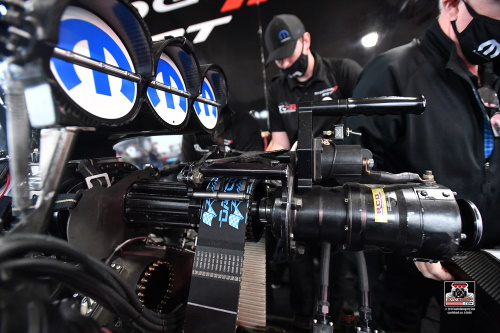 Since adopting this belt ahead of the 2019 NHRA season, DSR has added 26 Wally trophies to its current win count of 359, including 11 from the team’s undefeated 2020 Funny Car run, and captured the 2020 Funny Car series title.

“Whereas past belts were often replaced every run, the Dayco belt lasts three, four, even more than five runs sometimes,” said Todd Okuhara, crew chief on the Mopar Dodge//SRT Top Fuel dragster piloted by Leah Pruett. “The quality, lifespan, and dependability make these, by far, the most superior and reliable belts that we’ve ever run.”

“We’re excited to extend our partnership with the DSR team for our third straight year,” said Tom Tecklenburg, VP of Aftermarket, Dayco NA. “It’s been a win-win for both organizations and we’re proud that our belts have played a significant role in helping DSR and other Funny Car and Top Fuel teams win on the track. More than 2,500 design, testing, and development hours go into every one of Dayco’s products. That commitment to innovation excellence is evidenced everywhere that extreme conditions put our products to the test every day – like the racetrack.” 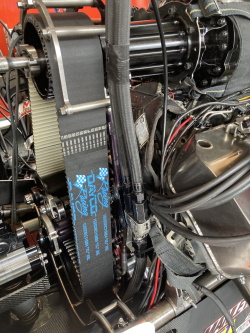 Dayco’s belts were once again put to the ultimate test last weekend at Atlanta Dragway where Antron Brown powered his Matco Tools/Toyota dragster to a winning pass of 3.752-seconds at 325.22-miles-per-hour to be crowned the NHRA Southern Nationals Top Fuel champion.

In addition to the belts developed for nitro-burning machines, DSR utilizes Dayco’s serpentine belts for its two-car championship-winning Factory Stock Showdown Series team. Dayco has developed a new belt for the 2021 Drag Pak 3.0 engines which will be on the two DSR Drag Pak entries of Leah Pruett and Mark Pawuk when the Factory Stock Showdown Series resumes in Houston, May 21 – 23. 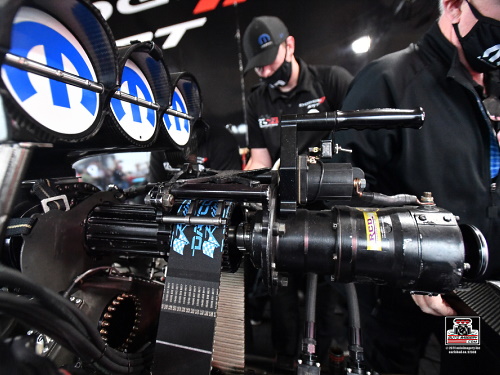