BROWNSBURG, Ind. (May 12, 2021) – Don Schumacher Racing’s Leah Pruett has been selected by the Motorsports Hall of Fame of America (MSHFA) to serve as the Honorary Chairperson for the Hall’s upcoming ‘Class of 2021’ induction ceremony. 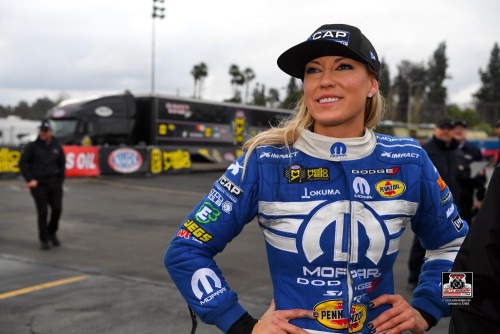 “It is such an incredible honor to be selected as the Honorary Chairperson of the Motorsports Hall of Fame of America’s 2021 class, especially this year since three of the nine inductees are women, the most of any class in the Hall’s history,” said Pruett, an eight-time NHRA Top Fuel event winner, 2018 NHRA Factory Stock Showdown Series world champion, and the 2010 NHRA Hot Rod Heritage Series Nostalgia Funny Car champion. “These women have helped to knock down barriers and pave the way for other females, like myself, to have an opportunity to compete on an even playing field. The women who came before me helped to redefine how women were perceived in motorsports, and it’s my goal to help contribute to their legacy, and make all of the 2021 inductees proud.

“It’s a privilege to have the opportunity to be surrounded by such greatness, and every single person that will be inducted that evening is a true legend in our industry,” added Pruett, driver of the Mopar Dodge//SRT Top Fuel dragster for NHRA team owner Don Schumacher, a MSHFA ‘Class of 2019’ inductee.

As the Honorary Chairperson, Pruett will kick off the evening as the first speaker to address the crowd. While Pruett may be considered a young up-and-comer in the auto-racing industry, she has 25 years of motorsports experience under her belt. Pruett began her career at age eight competing in the NHRA’s Jr. Dragster League where she won 37 event titles, and two Division 7 championships (2000, 2001). From there she rose through the drag racing ranks, competing in the NHRA’s Hot Rod Heritage Series and Pro Mod Series before transitioning to the professional Top Fuel category in 2013. Since that time, Pruett has recorded a Top 10 finish every year since 2016. 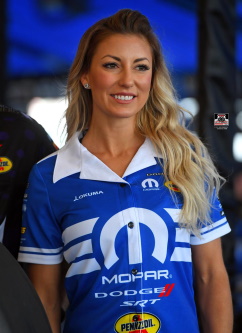 “We thought that it would be great for a current-generation racer, a winner at the highest levels, to put into perspective for the 250+ attendees from across the sport — representing drag racing, stock car racing, sports car racing, motorcycle racing, and more — how she benefited from those who came before and the challenges that still remain so that every competitor is allowed to compete purely on the basis of their abilities as racers,” remarked MSHFA President George Levy of how Pruett was selected to serve as the 2021 Honorary Chair.

Pruett will join an esteemed list of Honorary Chairpersons, including Mario Andretti, Kurt Busch, and John Force. Helio Castroneves has been selected to serve as the chairperson for the Class of 2020 induction ceremony, which will take place earlier that week on Monday, September 27, having been delayed due to COVID-19.

“The list of Honorary Chairpersons that precede me is impressive, and it’s such a privilege to join that elite group,” added Pruett, a multi-faceted racer who has held competition licenses in seven different NHRA categories. “I can already feel the energy of greatness surrounding us as we prepare to celebrate a night of lifetime champions.”

“They are called Honorary Chairpersons,” said Levy of Pruett and Castroneves, “but really it is we who are honored to have them take time from their race schedules to address these two great groups of inductees and hundreds of special guests who will be in attendance.”

Both the 2020 and 2021 induction ceremonies are open to the public, but tickets must be purchased in advance. To reserve yours, visit the MSHFA at www.mshf.com or contact George Levy at (248) 895-1704 or glevy@mshf.com.

About the Motorsports Hall of Fame of America: The MSHFA is the only hall that honors all American motorsports: cars, motorcycles, airplanes, off road and powerboats. Its mission is to celebrate and instill the American motorsports values of leadership, creativity, originality, teamwork and spirit of competition. Founded by Larry G. Ciancio and Ronald A. Watson, it held its first induction in 1989. Watson spent the next 30 years tirelessly building it into the nation’s premier such hall until his passing in 2019. The original museum in Novi, Mich., relocated to Daytona Beach, Fla., in 2016 and greets more than 100,000 guests a year. MSHFA is operated by the nonprofit Motorsports Museum and Hall of Fame of America Foundation, Inc.