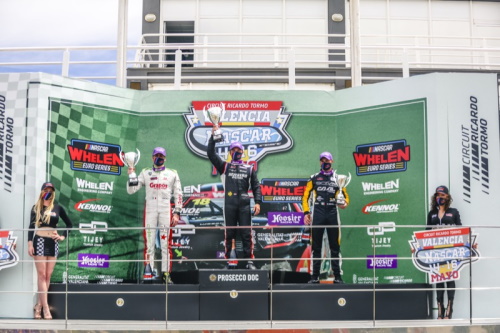 (May 15, 2021) – At the end of a tight 18-lap battle for the lead, Loris Hezemans grabbed his first win of the 2021 NASCAR Whelen Euro Serie season – the eighth of his EuroNASCAR PRO career. The Dutchman picked up where he left at the Circuit Ricardo Tormo, where six months ago he won the last race of the 2020 NWES season. At the wheel of his #7 Hendriks Motorsport Ford Mustang, the 23-year-old bested DF1 Racing’s Nicolo Rocca and CAAL Racing’s Gianmarco Ercoli in a fierce battle for the win.

Hezeman started from Pole Position but had to surrender his lead to reigning NWES Champion Alon Day, who had a perfect start. The Israeli was immediately under pressure by the Dutchman and had to defend his position in every turn of the track. This allowed his teammate Ercoli to catch up with the two front runners to open a spectacular three-way battle for the lead. 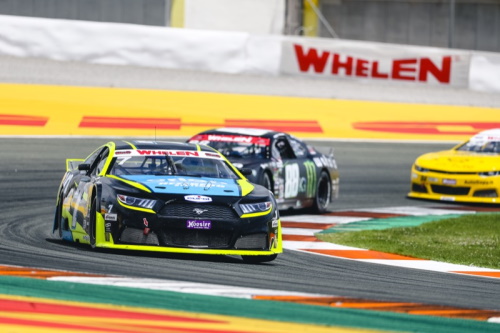 “It was an eventful race and for sure a challenging one”, said Hezemans, who posted the fastest race lap. “I thought I had a good start but Alon really pushed from second place. It was a great battle up front with Alon and also Gianmarco, who was incredibly fast. It’s great to be back in Victory Lane and start the season on a high note with Hendriks Motorsport here at Valencia. I hope that I haven’t stressed the tires too much for the race tomorrow, but I’m confident that we can be at the front again in the second EuroNASCAR PRO race.”

On lap 5, Hezemans made the decisive move on Day to grab the lead. Afterwards, the Hendriks Motorsport driver was able to open the gap on Ercoli, who also made it past the #88 Camaro for a couple of laps before Day took back second place. While Hezemans sped to victory in a thrilling race, Day and Ercoli were still battling for second place.

Ercoli made another pass on Day on lap 13 to grab the second position and the Israeli also fell behind Rocca, who was charging from fourth place. Due to not respecting the track limits, Ercoli and Day were given a 5-second penalty each, which shuffled them down the order. A strong Rocca inherited second place, while Ercoli moved down to third, which was enough to win the race in the Junior Trophy. Fourth place went to Academy Motorsport / Alex Caffi Motorsport’s Thomas Ferrando from France, who also was second in the special classification for drivers aged 25 and under. 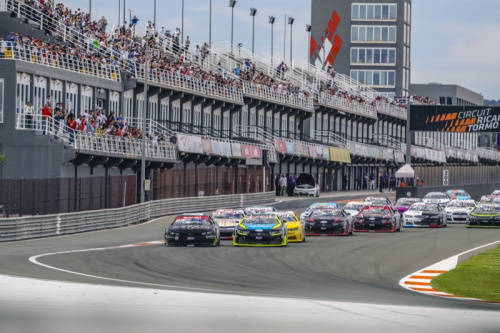 Day finally rounded out the top-5 after the penalty followed by 2020 EuroNASCAR 2 Champion Vittorio Ghirelli in his #50 Hendriks Motorsport Ford Mustang. Former Formula One World Champion Jacques Villeneuve ended up seventh after an intense battle with Lucas Lasserre, who also got a 5-second penalty for not respecting the track limits, but still finished in a solid eighth place. Endurance Legend and new DF1 Racing driver Marc Goossens followed in ninth, while 42 Racing’s Luigi Ferrara closed the top-10.

In his first EuroNASCAR race, Not Only Motorsport’s Andrea Nori won the race in the Challenger Trophy by finishing twelfth under the checkered flag. His teammate and 2020 Challenger Trophy Champion Davide Dallara was second in the special classification for bronze and silver drivers in EuroNASCAR PRO in 14th overall. The Finn Henri Tuomaala rounded out the podium in 15th place.

EuroNASCAR PRO Round 2 will take place on Sunday at 14:45 CEST, while the first EuroNASCAR 2 race of the season will follow today at 16:45 CEST. All races will be broadcasted live on EuroNASCAR’s social media channels – YouTube channel, Facebook page, Twitch profile as well as Motorsport.tv. 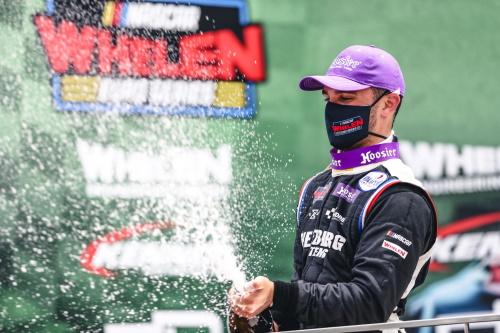 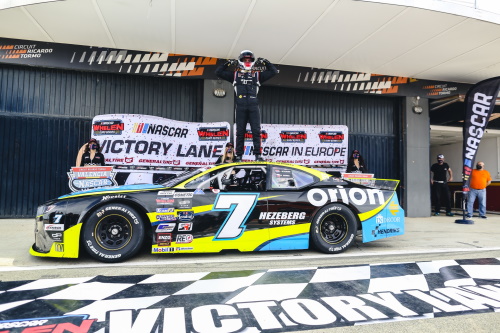 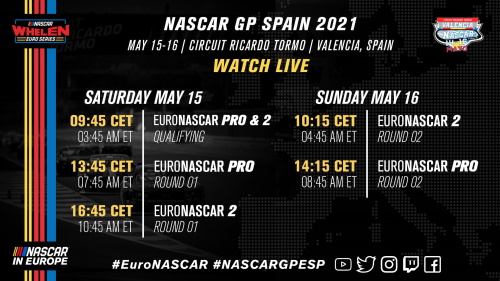