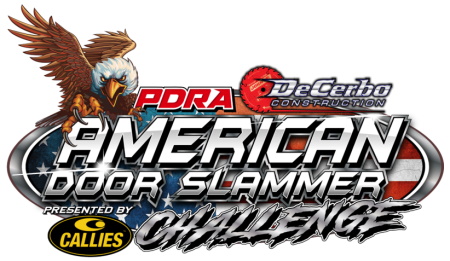 NORWALK, Ohio (May 30, 2021) – Despite a challenging forecast for Saturday, racers in the Professional Drag Racers Association (PDRA) kicked off eliminations in dramatic fashion at the DeCerbo Construction American Doorslammer Challenge presented by Callies Performance at Summit Motorsports Park.

After finishing qualifying with a second session, the series completed the first round of eliminations in four out of six professional classes, as well as five sportsman and Jr. Dragster categories.

PRO NITROUS
After qualifying No. 1 in his Fulton-powered “Daddy Shark” ’68 Camaro, defending Pro Nitrous world champion Jim Halsey uncorked a 3.633-second pass at 207.85 to set low E.T. of the event in his first-round win over Brian Shrader, who didn’t make it to the finish line. Halsey will take on fellow two-time world champion Tommy Franklin in the second round.

Dean Marinis, who sustained a high-speed crash just after crossing the eighth-mile finish line with a winning 3.656 pass, walked away without major injuries but is unable to return for second round. His first-round opponent, Ed Burnley, will take his spot on the eliminations ladder. 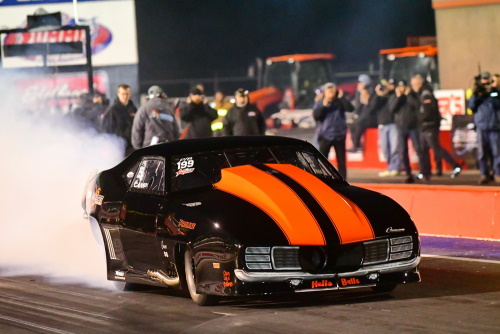 PRO BOOST
Johnny Camp, the Pro Boost winner at the PDRA season opener in April, fired off a 3.597 at 210.01 in his ProCharger-boosted “Hells Bells” ’69 Camaro to defeat Melanie Salemi and her 3.678 at 211.59 in their opening round match. The pass tied the class E.T. record set by Randy Weatherford at the World Finals in 2019. Camp and Weatherford will line up against each other in the second round. 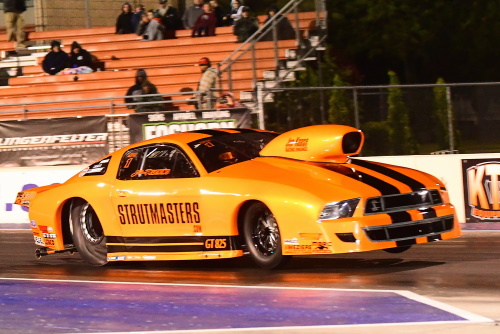 EXTREME PRO STOCK
With cool air and track conditions, the naturally aspirated, clutch-equipped hot rods in Extreme Pro Stock struggled to put the power to the ground in their opening round. Defending world champion Johnny Pluchino navigated the challenges most effectively, recording a 4.064 at 179.54 to defeat Dave Hughes’ 4.12. Pluchino and his Kaase-powered Strutmasters ’13 Mustang will take on Chris Powers in round two.

Powers had the second quickest pass of the round with his 4.105 at 172.56 over Justin Kirk, who won the most recent race on tour.

PRO OUTLAW 632
Defending Pro Outlaw 632 world champion Wes Distefano continued to prove his mettle after qualifying No. 1 by laying down a 4.174 at 168.60 in his Musi-powered $hameless Racing ’68 Camaro. The Michigan driver defeated Tara Thornton in the process, and will race Ohio’s Brian Werner in the next round.

The DeCerbo Construction American Doorslammer Challenge presented by Callies will continue Sunday at 10 a.m. Visit www.PDRA660.com or www.Facebook.com/PDRARacing for a complete schedule and full results.