Capps and Hagan No. 1 and 2 in St. Louis
The current point leader and defending world champ
maintain their stronghold on the Funny Car category

Capps and Hagan’s Dodge Hellcats were the final two Funny Cars to hit the World Wide Technology Raceway dragstrip during day one of qualifying, and they did not disappoint, motoring to side-by-side 332-mile-per-hour passes and putting on a spectacular show for the St. Louis area fans.

“Matt and I have the two best seats in the house,” said Capps who started the 2021 Countdown to the Championship as the No. 1 seed. “Funny Car is so fun for the fans right now, but for the drivers and the crews, it’s going to be like old school Pro Stock; it’s going to come down to the wire. With us going one and two tonight and running so close to each other, you’re going to see a lot of that over these last few races. A great job by (crew chiefs) ‘Guido’ (Dean Antonelli) and John Medlen.”

Capps entered the race weekend ranked No. 1 in the Camping World Series point standings and carrying a five-point lead over Hagan who is hot on his heels occupying the No. 2 spot in the rankings. By clocking the quickest run of the session, Capps was awarded three bonus points but with his teammate recording the second-quickest run and collecting two bonus points, Capps was only able to extend his margin by one point. While he would’ve preferred to widen the gap, Capps knows from experience that every point accrued in the Countdown is important, and could be the difference between finishing the season hoisting the ‘big’ Camping World Series trophy or ending the year as the runner-up.

“If you go back and look at the record books, there are several years where I was No. 2 in the world by less than 10 points,” said Capps a 27-year nitro veteran who had been ‘the bridesmaid,’ finishing in second four times, before capturing his first world championship in 2016. “There was one year where I finished second and my daughter, she was a teenager at the time, she was hugging me, and I was fine until she started hugging me, and then it was just… you could see the dejection all over my face, and she was a wreck. I know I won’t ever forget that moment, and I’m sure in her mind, she really won’t ever forget that moment either. To lose it by less than a round on the last day of the year in Pomona, and you start wondering ‘where could I have made up that one or two or three or four points here and there,’ and those are those moments you look back on. You realize you lost everything you dreamed about by a few points, it’s crushing. These little points really do add up, and they’re important. That one point today could be the difference in standing on the stage as the champion, or standing next to the champion.”

If Capps can fend off the stacked field of viable championship contenders and maintain his position atop the ladder on Saturday, he will have the advantage of starting race day from the No. 1 spot for the 30th time in his career. The last time Capps started from the pole was at the rescheduled NHRA Winternationals in Pomona, Calif. where he raced from the No. 1 spot straight to the winner’s circle. And if his past performance at the suburban St. Louis venue is any indication as to how his weekend will play out, Capps looks to be in prime position as he is the winningest Funny Car driver at the facility, with four prior wins.

“Sometimes you forget about how many wins you have at a track until someone reminds you, but I think that’s good because it keeps you hungry,” said Capps, whose most recent Midwest Nationals win occurred in 2017. “My first win for Don Prudhomme was at the inaugural race here (1997), trying to get that win for him to pay him back for giving me that chance of a lifetime to drive that race car, and I’ll never forget that. Also, my first win for Don Schumacher Racing was here. It’s been special here, a lot of really cool moments, and I hope to keep adding to them.” 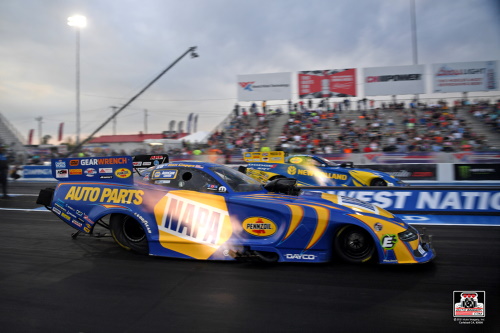 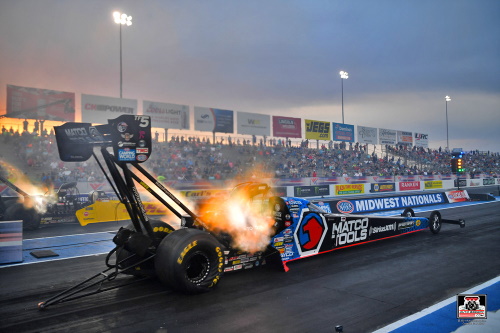 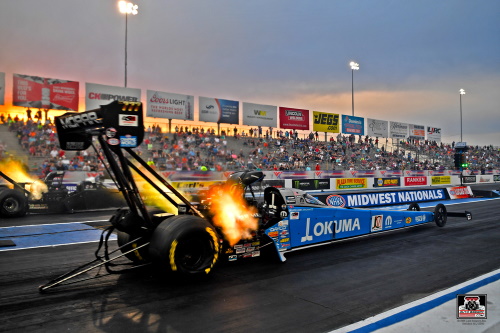 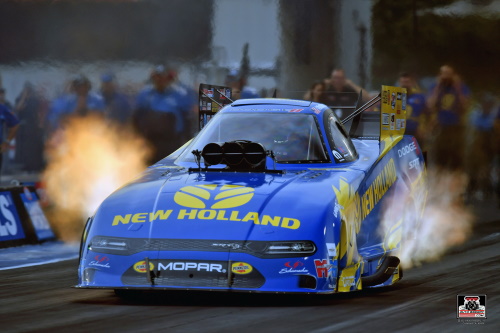 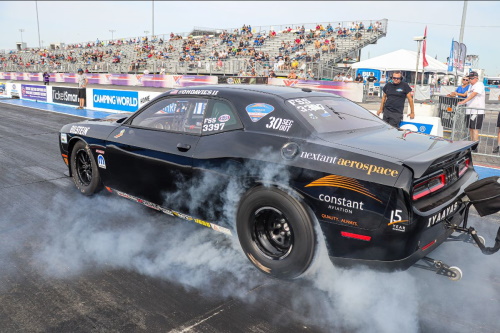 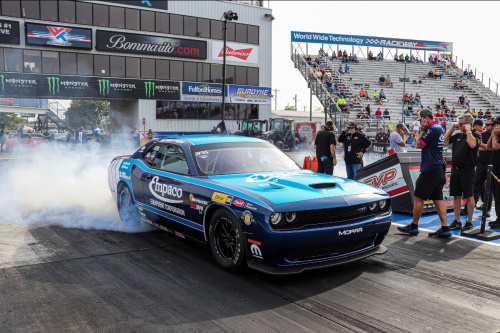 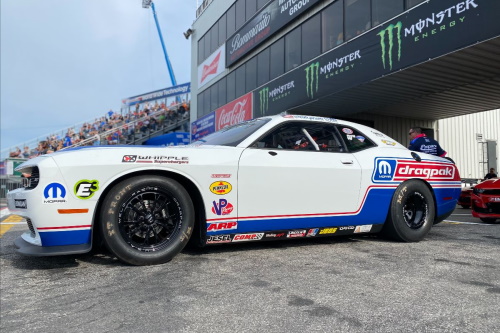