ST. LOUIS (September 27, 2021) – The Smart Sanitizer Top Fuel dragster powered by Vita C Shot and driver Justin Ashley rolled into World Wide Technology Raceway outside of St. Louis looking to continue their climb up the Camping World Drag Racing Series points. The second-year driver started the Countdown in the No. 7 spot and will head to the next event at the Texas Motorplex in fifth place with four races remaining in the playoffs. 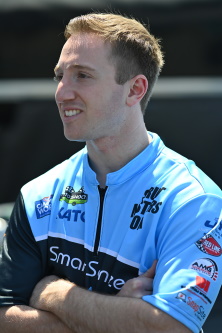 “This stretch of races was a great test for our team and we passed with flying colors,” said Ashley, the 2020 Rookie of the Year. “The first two races of the Countdown were relatively successful, going to a semi-final and final round. This weekend we exited early, but that’s racing. We have four more races and we will continue putting our best foot forward towards reaching our ultimate goal, a World Championship.”

Ashley had one of the most consistent race cars throughout qualifying, running in the mid-3.70s in every session. In the second session the 2020 Summernationals winner made the second quickest run and picked up two important bonus points. Heading into race day the driver from Plainview, New York, was the No. 7 qualifier and drew rookie of the year contender Josh Hart. 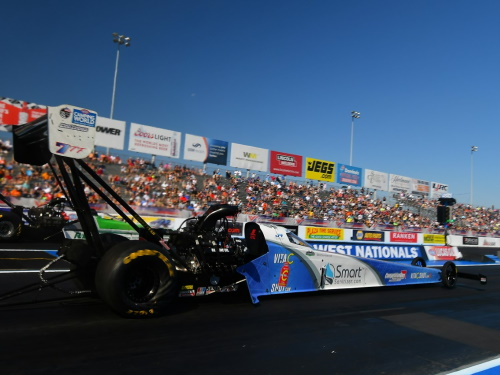 Both Top Fuel dragsters took off together and Ashley’s Smart Sanitizer Top Fuel dragster powered by Vita C Shot was pulling away from Hart. The tune-up crew chief Mike Green was creating massive horsepower as Ashley charged towards the finish line in front of Hart. The race car drove into significant tire shake drifting out of the groove and as Ashley worked to correct the run his Goodyear slicks broke loose from the track. The move forced Ashley to lift off the throttle and opened the door for Hart to move around him for the win.

Over the weekend the Davis Motorsports team held their own and will head to the Texas NHRA Fall Nationals at Texas Motorplex on the heels of four races in four weeks. This was the longest stretch for the young team led by Green and Davis to compete at the elite level. With four races left in the playoffs Ashley is in championship contention and has sponsors like Auto Shocker and KATO Fastening Systems geared up for an exciting conclusion to the season.

“We are going to look at how we performed in the four races in September and take all the positives into the final four races of the Countdown,” said Ashley. “We are going to three tracks where I have experience and one that will be new to me, Bristol, but this team is coming together at the perfect time.”