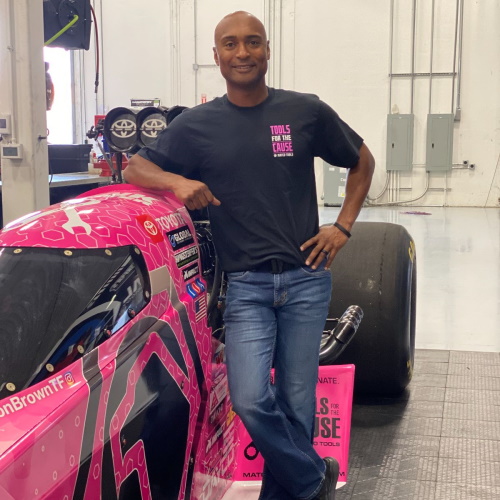 Noteworthy:
Brown claimed his first NHRA national event win in 1999 at the Texas Motorplex while competing in the Pro Stock Motorcycle category
The event win occurred at the discontinued 1999 Dallas I event
Campaigning the ‘Tools for the Cause’ livery during the month of October to benefit the Breast Cancer Research Foundation (BCRF)
Throughout October, 15% of the purchase price of ‘Tools for the Cause’ merchandise will be donated directly to BCRF
Since ‘Tools for the Cause’ began in 2012, Matco has donated over one million dollars to breast cancer research
The Breast Cancer Research Foundation is a nonprofit organization committed to achieving prevention and a cure for breast cancer. They provide critical funding for cancer research worldwide to fuel advances in tumor biology, genetics, prevention, treatment, metastasis, and survivorship.
NHRA fans can visit their Matco Tools distributor to purchase Tools for the Cause merchandise or visit www.matcotools.com/toolsforthecause

Quotable:
“Dallas is really bringing it this year with the Stampede of Speed. I’m looking forward to all of the festivities leading up to the race, from testing today to Fanfest tomorrow to nostalgia racing, it’ll be a full week of fun. Our Matco Tools Toyota team is looking forward to throwing down on Friday night to try and get that 15K bonus for the No. 1 qualifying spot. Dallas has always been good to our team. This event helped us win our 2012 and 2016 championships, and it was also the first NHRA national event I ever won back in ‘99 when I was competing in Pro Stock Motorcycle. The Texas Motorplex holds so many special memories for me, and I’m ready for a great outing this weekend.”

Noteworthy:
DSR Performance is the retail arm of Don Schumacher Racing, offering performance race parts and lifestyle gear
DSR Performance features both new and used parts for racing and street vehicles with the objective of providing premium, championship-winning design and performance direct-to-consumers via www.DSR.parts. In addition to a catalog that features products for both nitro and sportsman racers, DSR Performance also boasts service-based offerings, including parts and tuning consultations with DSR’s brain trust of crew chiefs.

Quotable:
“It’s undeniably easy to be excited about the amazing drag race and extracurricular events happening during the week of Stampede of Speed thanks to Billy Meyer and his team, but I feel the prevalence of the championship is pivotal more than ever. I do believe four qualifying runs will play in our favor, as many teams ahead of us have a consistent package, but for us, the ability to make leaps and bounds within qualifying runs is what gets us ahead. Those are just stats I know from being with this winning team. For most, having the four qualifying sessions this weekend will be a tiny refresher Friday course, but for me, it will be an exhilarating way to focus my attention that I usually have on multiple passes with two cars and two teams, condensed into one car. With two passes per day, we can really hone our DSR Performance machine into precision qualifying form. DSR Performance has made such incredible ground, offering parts and solutions for racers and automotive enthusiasts, and I believe this team can make those same significant moves on the racetrack this weekend.” 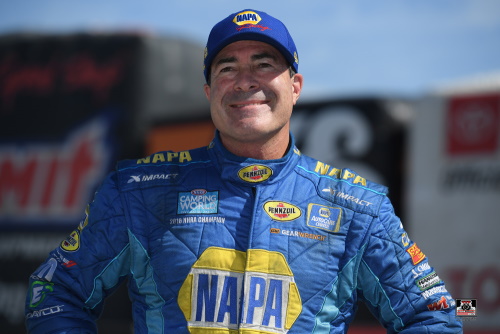 Noteworthy:
Capps was successful in picking up a Texas Motorplex win in 1998 at the discontinued Dallas 1 event but is still searching for his first FallNationals victory

Quotable:
“It’s that time of the year. I talk about these certain races, and certain places we visit, and the Motorplex has always been a pivotal race in the Countdown throughout the years. In 2016, after we won the world championship and we looked back on the season, Dallas definitely stood out as one of the crucial Sundays that we had during the Countdown, and it was probably the race that thrust us into the championship hunt. It was one of those ‘gutted out’ types of weekends. Our crew showed the NAPA Know How that I always talk about. We had a lot of issues that particular weekend and somehow, we fought through it and had a day that got us to the final round and allowed us to grab quite a lot of championship points. I haven’t won at the Texas Motorplex in quite some time, and I’m looking forward to trying to win that coveted black cowboy hat this weekend. Everything that Billy Meyer, the Meyer family, and the Motorplex staff have done this weekend for the Stampede of Speed is really impressive. They’ve done a tremendous job promoting, and making it a whole week of festivities leading up to the main event. Fanfest is going to be a blast, and the big money they’re putting up on Friday night for low qualifier is not only exciting but really sets the bar for a lot of other tracks on tour and the NHRA.

“We’re trying to gain as many points as possible this weekend to try and fight our way back into the lead. It’s been fun to have the points lead, and just as fun to try and grab it back during the season. (Crew chiefs) ‘Guido’ (Dean Antonelli), (John) Medlen, all the NAPA guys have put a great race car underneath me all year, and it really makes it fun to go up there knowing you have a chance to take low E.T. of each run, and that’s what we’ll try and pull off this weekend.” 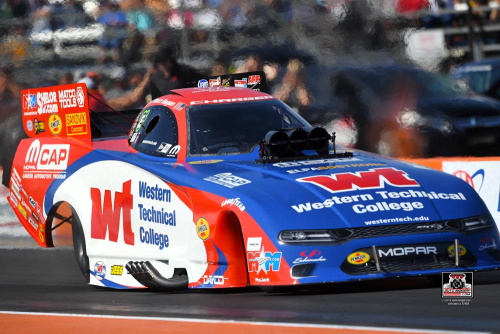 Noteworthy:
Three-time and defending world champion Matt Hagan enters the race as the Funny Car point leader
Hagan raced from the pole to the winner’s circle at the most recent event on tour (St. Louis); the triumph was the Western Technical College Dodge Funny Car team’s third win in five events
Hagan returns to Dallas seeking his third consecutive Texas Motorplex final-round showing. He raced to victory in 2019, and a runner-up finish from the pole in 2019

Quotable:
“We’ve been very successful at Dallas, having won there in 2019, and finishing as the runner-up there last year. The car is running great and obviously, we have great data to work off of, so I feel really good about this weekend. Our Western Tech Dodge has been so fun to drive lately, and it makes it exciting because you know you have a race car that can win every Sunday. We just need to focus on taking it one round at a time and not get ahead of ourselves.

“We have four qualifying runs this weekend, and during Q2, we get an extra 15-grand if we go low, so everyone will be swinging for the fence. (Crew chief) Dickie Veanables’ mentality has and continues to be, ‘race the track’ and everything else will fall into place. The extra 15K is awesome but were focused on the points, racing smart, and putting ourselves in a good position heading into Sunday. Hopefully, we’ll scoop up more points this weekend and extend our lead on (Ron) Capps, (John) Force, and everyone else nipping at our heels. There are a lot of heavy hitters in the class and a lot of guys that throw down, and we have a real dogfight ahead of us, but I’m excited to be a part of it.”