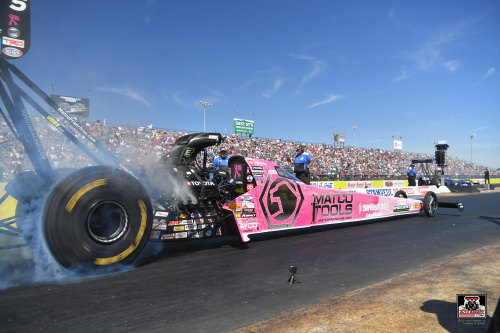 The Competition: No. 10 Doug Kalitta

Quotable:
“Our Matco ‘Tools for the Cause’ car went down the track every run and it’s great to have a consistent race car. We have a tough first-round match-up with Doug Kalitta and the ‘tool wars’ here in Texas. It’s always a fierce battle, but we look forward to those every week. We’re getting better with every run, and I like our chances in the heat tomorrow.” 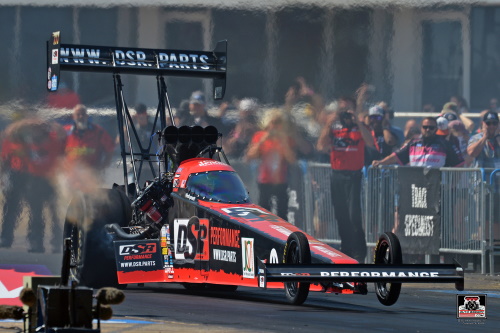 The Competition: No. 6 Josh Hart

Quotable:
“On Friday, we were a little behind starting off after having a fuel line loose and a cylinder out in Q1, and then we were really swinging for the fences trying to go for the fifteen grand during Q2. They say ‘go big in Texas,’ and we did, and we smoked ‘em hard. So, we consider Friday ‘lost’ and Saturday ‘found,’ and we were able to right our ship. We made two presentable passes today, and we are progressing in the right direction. We look forward to going rounds tomorrow. We’ve lined up in qualifying against Josh Hart a number of times, especially this weekend and we’ve had a chance to socialize with him during the long qualifying social hours in the lanes, but I’m really looking forward to the power hour that this Mopar machine is going to bring tomorrow.” 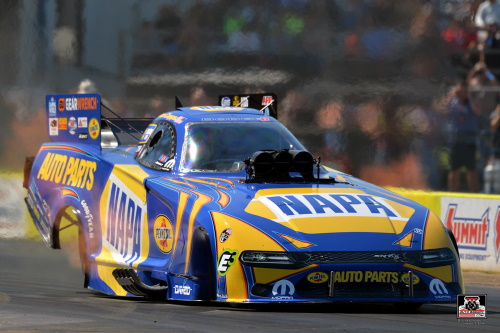 The Competition: No. 15 Jack Wyatt

Quotable:
“We continue to have a great team. At St. Louis it was a driver error and I couldn’t wait to get back in the car over the past two weeks. We had the best car on the grounds at World Wide Technology Raceway and it’s great to get back in the saddle here at Dallas. What we’ve shown so far is that we can run in all conditions. We had a great run last night with that 3.88 and nearly got the fifteen grand from Billy (Meyer) and the Texas Motorplex with the Stampede of Speed. Then to come back and make two runs in the heat in each lane, hats off to this NAPA team for showing the NAPA Know How that I always talk about. It’s drag racing and you can’t ever count anyone out and you won’t find a more well-prepared team. It’s been a long time since I’ve won here and I’m ready to add a black cowboy hat to the collection.” 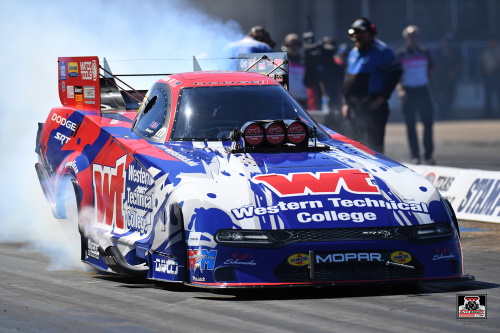 The Competition: No. 13 Dale Creasy Jr.

Quotable:
“We’ve got a great race car and we came into Dallas with a lot of momentum after winning at St. Louis a few weeks back. We’re running the Western Tech Dodge again and we had some great success with these colors two years ago when we won here. We made some pretty decent runs in the heat of the day yesterday and today, and it’s just going to be a hot, Texas race track, but it’s a really great track no matter what the temperature. We have to do what we do best, and try to turn on four win lights. I feel confident in this team led by Dickie Venables. It’s great to have so many folks from Western Tech in from El Paso here supporting us with the midway and in hospitality. We’ll give it our all tomorrow. We’re in the Countdown, and every round counts with just four races left. The pressure is on, but this team knows how to win championships and I like our chances.”