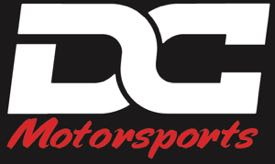 AUSTIN, TX (October 15, 2021) – It has been four years since the roars of Alexis DeJoria’s NHRA Nitro Funny Car have reverberated off the mountains surrounding Bristol Dragway. For DeJoria who is now behind the wheel of the Bandero Premium Tequila ROKiT Toyota Camry Funny Car that is four years too long. This weekend at the NHRA Thunder Valley Nationals DeJoria, a five-time Funny Car national event winner, will return to a track where in her rookie season she raced to her first professional final round.

In 2012 DeJoria bumped into the field as the No. 15 qualifier and then took out No. 2 qualifier Mike Neff in the first round before defeating Jeff Arend and Jack Beckman. In a final round showdown with Ron Capps, she was neck and neck with him before her race car overpowered the track handing the win to Capps. 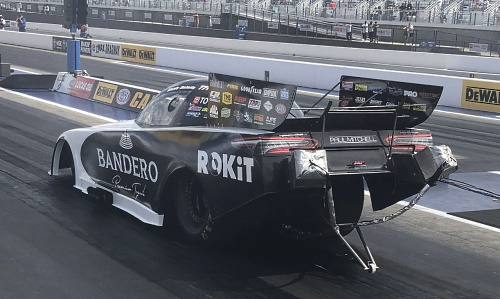 Since that first race, the veteran driver has raced to several quarterfinals and in 2016 raced to the semifinals from the No. 10 spot, upsetting Chad Head and current crew chief then driver Del Worsham in the first two rounds.

This season DeJoria and her Toyota Camry Funny Car have put up some amazing performance numbers and raced to the final round in Denver. They have gone rounds on race day and qualified top three seven times this season.

With three Countdown playoff races remaining DeJoria will be looking to finish the season strong at events where she has a strong track record. Last season in her first year back she raced to the semifinals in Vegas and throughout her career her home track of Pomona has been receptive to high performance.

“This season has been a challenge but that is what we are here for. If this was easy everyone would do it,” said DeJoria. “We are going to keep fighting and hopefully we will have a great weekend in Bristol and close out the season on a high note.”

Qualifying for the Thunder Valley Nationals will begin at 5:30 p.m. with Funny Cars and then Top Fuel vying for one of the top 16 spots in the field. Saturday will feature two more sessions at 1 p.m. and 4 p.m. with Top Fuel and Funny Car. Final eliminations will begin on Sunday, October 17 at 11:30 a.m.