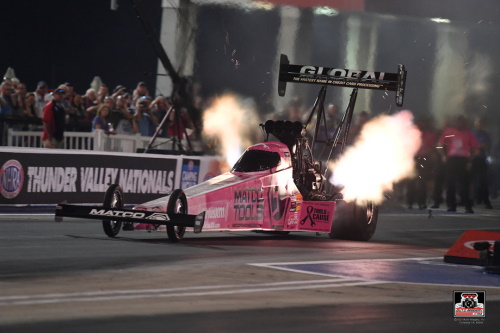 The Competition: No. 2 Mike Salinas

Quotable:
“It was a rough qualifying outing here in Bristol. We’ve been bit by some gremlins and we’re working on getting them sorted out, and getting ready for race day. We’ll go in and give it everything we’ve got tomorrow.” 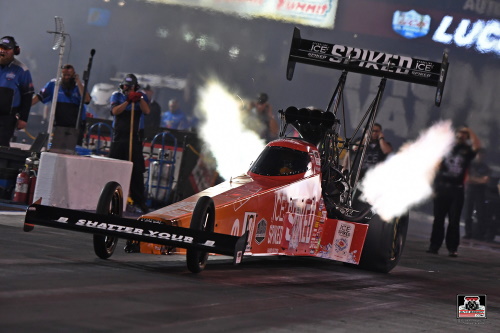 The Competition: No. 9 Spencer Massey

Quotable:
“It felt great to make a solid run in Q1 with our 75 placing us in the back of the pack of the run order, and hitting it off for Q2 with that 3.69. Man, every portion of that run felt incredibly great and gave us something to work off of for the final hit. We swung for it in Q3, and it was just a little much, and we weren’t able to improve on our 3.69. Race day is going to be astronomically fast. It’s actually going to be so tight and so fast in some of the most unique conditions we’ve seen all year. We’ve been talking about racing at Bristol in October, and we knew it was going to be quick and fast, and here we are and we’re ready for it. We’re ready to take on Spencer Massey first round. He’s never to be taken lightly. That car can rip down the track, and it’s going to be an exciting first round match-up. We’ll get our Goodyears nice and hot and sticky, and put that traction to the ground, and get that right foot ready on time. We’re looking forward to making some ground in the Countdown, and really shattering everyone’s expectations, but living up to our own in the Sparkling Ice Spiked car.” 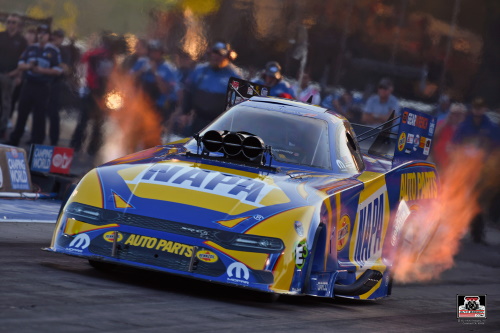 The Competition: No. 13 Blake Alexander

Quotable:
“It’s been tricky this weekend at Bristol. That first session today was tough and nobody got down that tricky left lane. We knew we’d have the right lane for the late Q3 run and it’s been the better lane. The Safety Safari has done a heck of a job working on this track and making both lanes equal. It can be treacherous out there with the bumps. The car pushed me around after that second bump and I didn’t think it ran that great, so when they came on the radio and said 3.94, I was ecstatic. I expected many of the cars behind us to go quicker, but it held for No. 2. The best thing about today is that with the rain, our sessions got pushed back and it cooled off. It should be even cooler tomorrow and today’s conditions gave us a taste of what a colder track will be like for race day. I’m really happy ‘Guido’ (Dean Antonelli) and John Medlen were able to get the car to go down the track and get some data. It’s going to be crazy. Bring jackets if you’re coming, but if you’re watching on FOX Sports at home, it’s going to be a crazy race day and hopefully we can outlast everybody.” 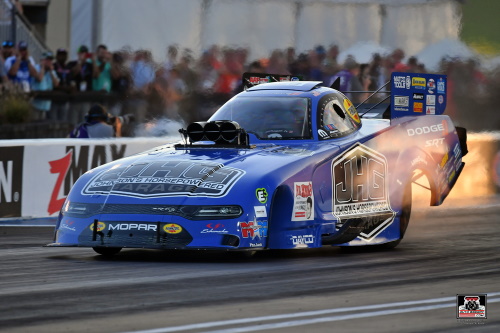 Quotable:
“We have a great race car and we’ve been more successful getting down a tricky Bristol race track than a lot of other guys and gals out here. It’s very tricky in both lanes. We’re used to coming here in June when it’s hot and sticky and not this cool out. This track has a lot of bumps, and this Hellcat has been bumping around out there like a roller coaster. I’m confident in Dickie Venables and this team, and I know they’ll put together a great package to be able to go some rounds. We start from the No. 3 spot and that’s great. I’m excited about it. We have Jason Johnson and the entire Johnson’s Horsepowered Garage crew here supporting us, and we want to put on a heck of a show for them and these great Thunder Valley fans and turn on some win lights.”