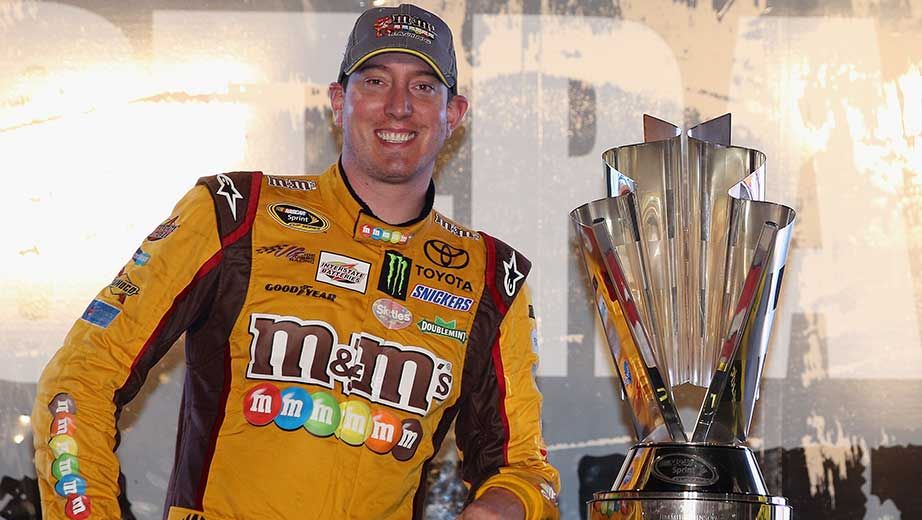 With three championships in four years (1995, ’97, ’98) as Jeff Gordon’s crew chief atHendrick Motorsports, Ray Evernham knows what it takes to win titles. On Tuesday, he saidKyle Busch will not only make the Chase for the NASCAR Sprint Cup but will contend for the title at Homestead-Miami Speedway. Evernham made the prediction on SiriusXM NASCAR Radio.

Busch has two wins in the last three races but sits 87 points out of 30th place, a spot he needs to reach to qualify for NASCAR’s postseason and a shot at his first premier series title. Evernham believes he’ll reach that goal and make a run at the NASCAR Sprint Cup Series championship.

“I’ll tell you one of the things that gets great athletes to step up even more is when you take something away from them that they live for,” Evernham said. “I know Kyle, and I know how hard he worked to get back in shape and to get things done. He met all those goals and made it back ahead of schedule.

“I told you that I thought he could win multiple races. He’s done that. I’m not going to go out on a limb again, but I am going to tell you that that 18 car will be one of the final four at Homestead. Mark my words.”

In seven previous playoffs, Busch’s best finish was fourth in 2013, and he’s finished four of those Chase season in 10th or worse. But Evernham says Busch himself and Joe Gibbs Racing have evolved into contenders for the organization’s first Sprint Cup title since 2005 and fourth overall.

“I think he’s focused,” Evernham said. “I like the things that (crew chief) Adam Stevens does. I like the way he thinks. And I really feel that is going to be one of the major stories at the end of the year.

“I know he knocked almost a third of the points that he needed to get to 30th the other day. And if they keep up that momentum, which I really believe they will, I’m going to tell you that 18 car is going to be in the final four.”

In the first year of NASCAR’s elimination-style Chase, Busch was caught in a wreck at Talladega Superspeedway and failed to advance from the 12-driver Challenger Round to the eight racers who made the Eliminator Round. He finished the 2014 season in 10th place in the points standings. The NASCAR Hall of Fame nominee likes the No. 18 team’s chances to go all the way to the Championship 4 because the driver and JGR have raised their game and will benefit from some of NASCAR’s recent rules changes.

“I think there was a level of immaturity, there was a part of a level in Joe Gibbs’ own organization that had a lot of mechanical failures in the Chase whether that was with the 18 or the 11… whether it was sway bar issues or different things and I think those things are behind him,” Evernham said. “I think the Joe Gibbs organization realized that stuff. They looked at it. I think Kyle Busch is way more mature than he was at that time. I think the Toyotas have started late and been building.

“Sometimes you’ve got to realize that they’re behind to pick up momentum, and some of these aerodynamic rule changes I believe are going to fall into a guy’s driving style where a guy has to drive the car more and it’s a more physical race. Saturday night (at Kentucky) I thought was a very physical race, and I just think that all those things fall right into line for Kyle Busch.”

Evernham pointed to Busch’s reaction to finishing third in last Friday’s XFINITY Series race as a sign of his maturity and focus.

“I’m sure he would have loved to have won it, but it did what it was supposed to do: give him an education on what he needed to do to win Saturday night, and that to me is just as important or more important than running the XFINITY races,” Evernham said.